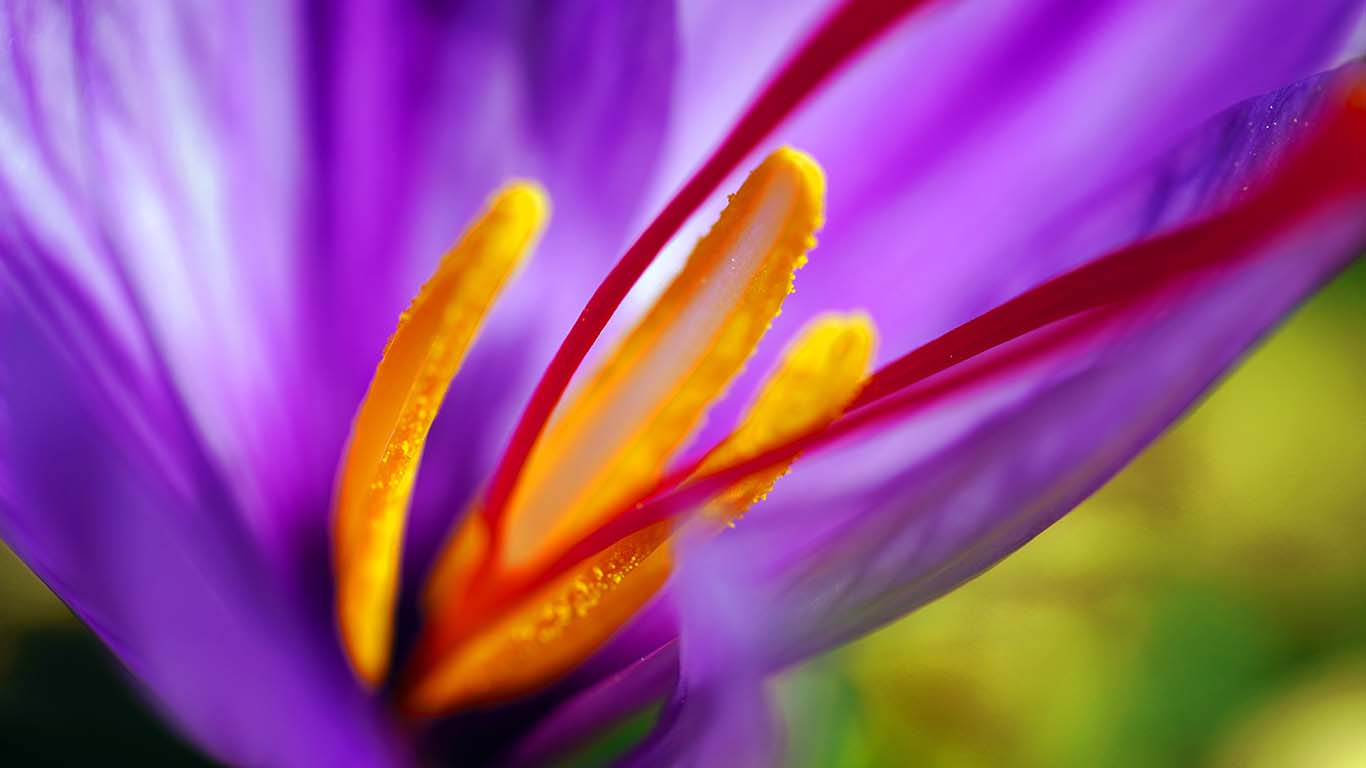 Saffron is perhaps the most precious spice of all, a gram of quality pistils requires hours of completely manual work and hundreds of flowers picked in the cold November mornings at sunrise.

Its typical flavor and its intense color make it an irreplaceable ingredient in the kitchen and some nutrients contained in it have really interesting properties.

Saffron is obtained from a particular variety of crocus, Crocus sativus, a plant of the Iridaceae family, of which the three stigmas are used, the part destined to receive the pollen, hand-picked and dried. The plant was domesticated by wild specimens, it is said on the island of Crete starting from 3000 BC.

Greeks, Romans and Egyptians loved the spice which was the object of merchandise in the Mediterranean basin, particularly by the Phoenicians. In Persia and the Middle East, saffron was also used as a spice and as a deodorant.

Alexander the great, it is said, added saffron to the water of his bath to heal the many wounds he suffered in battle.

The name saffron actually derives from the Arabic za῾farān which in turn derives from the Persian zaâfara, the term for crocus. From the Middle Ages onwards, saffron, as well as a spice, was widely used as a medicine, especially during the periodic plagues of the period.

Saffron is a plant widely used in the culinary field, to which interesting properties are attributed, among which digestive ones stand out. In fact, saffron taken in small doses is able to stimulate the secretion of gastric juices, thus promoting digestion.

Start typing to see products you are looking for.